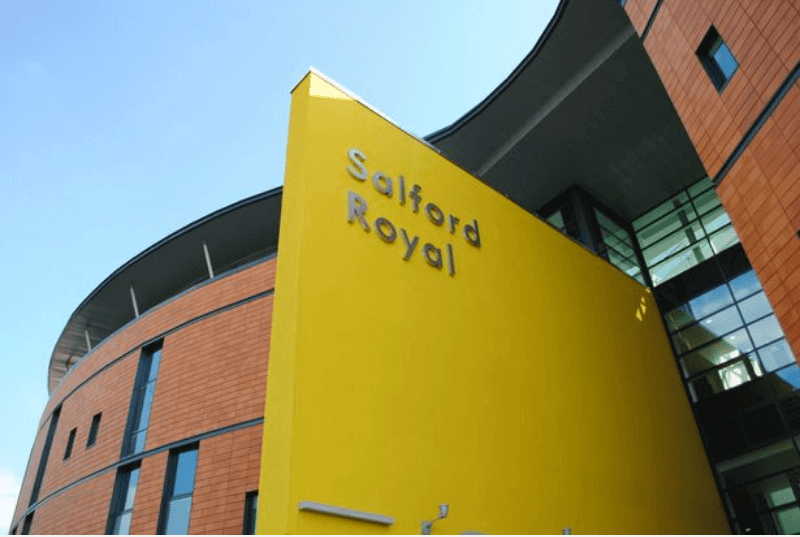 Health chiefs in Salford are still using public cash to fund 'inadequate' care for the elderly and vulnerable - two years after serious concerns were first raised about the service.

In that time Angels @ Home C.I.C has been inspected by the Care Quality Commission four times and not once achieved a ‘good’ or above rating.

Instead, the health watchdog recorded a catalogue of issues, including failures to carry out DBS checks, hiring convicted criminals, and care visits cut to just two minutes as a result of ‘unorganised rotas’.

Barbara Keeley, MP for Worsley and Eccles South, has also raised concerns after being contacted by whistle blowers and family members.

Despite this, bosses at Salford Royal chose to keep using the service to provide in-home care to residents. They say they are monitoring the service closely and will take immediate action if they feel anyone is unsafe.

Angels @ Home, who say they are working hard to address all of the CQC’s concerns, was first commissioned by Salford City Council in October 2014 just after it was set up.

When the NHS Trust took over the responsibility of adult social care services from the council in July 2016, it had still not been inspected, according to the CQC website.

The service was first inspected in February 2017 – almost two-and-a-half years after it began caring for elderly and vulnerable people on behalf of the council and NHS Trust – and it was thrown into special measures after being rated ‘inadequate’.

A report by the CQC revealed Angels @ Home bosses failed to carry out background checks and employed people with criminal convictions.

Staff were taken on to work in elderly people’s homes before Disclosure and Barring Service (DBS) checks had been completed, the CQC said at the time.

One worker, who had a criminal conviction, cared for people in their homes unsupervised for three months before a DBS check was done.

Ms Keeley, who is also Shadow Minister for Mental Health and Social Care, branded it a ‘shocking betrayal of families’ trust’.

There was a ‘poor’ culture at Angels @ Home

The politician says she has been raising concerns about the service since, yet feels her efforts have fallen on deaf ears.

A second inspection in September 2017 did note some improvements. It was rated good in three out of five key areas, however, was still given ‘requires improvement’ overall.

It said staff at Angels @ Home C.I.C were sometimes so pushed for time that 30-minute calls were chopped to just two or three.

In some cases, ‘unorganised rotas’ resulted in carers being expected to be with four people at once.

The culture at the agency was described by inspectors as ‘poor’ – carers were not meeting people’s needs, often turning up late and leaving early.

Some people using the agency were paying for two carer calls because they needed extra support, however, only one would show up, the report said.

Responding to its findings, Salford Royal said it was working closely with the CQC and Angels @ Home to improve the service.

The M.E.N has asked repeatedly for an explanation as to why the service was commissioned – and continues to be – given its inspection history but the Trust is yet to answer.

‘Care providers should not be able to continue to provide care which is not safe, not effective and not well-led’

MP Barbara Keeley is now calling on Salford health chiefs to take urgent action, saying that agencies such as Angels @ Home should not be allowed to provide care that is not safe.

She said: “I am deeply concerned that care commissioners in Salford have continued to pay public money for care from this private firm which has now been rated as Inadequate.

“I have been raising serious complaints about the care provided by this care provider since August 2017, when the MEN highlighted serious failings in their provision of care in Salford.

“Nationally, we have too many organisations which are inadequate or require improvement.

“Care providers should not be able to continue to provide care which is not safe, not effective and not well-led.  This cannot carry on unchecked.

“We need urgent action from Salford’s care commissioners and the Care Quality Commission to deal with this inadequate care.”

“The safety of our residents and their continuity of care remains paramount,”

Keith Darragh, director of Adult Social Care (Market Management), at Salford Royal added: “We are working closely with the CQC and the care provider Angels @ Home to improve the service.

“Angels @ Home was inspected September 2017 and February 2018 and rated as required improvement. A further inspection in November 2018 was published in January 2019 and has rated the service as inadequate.

“The safety of our residents and their continuity of care remains paramount and we are contacting all those people supported by the Angels @ Home to ensure they are safe and able to raise any concerns they may have, which will, of course, be addressed.

“The service will continue to be closely monitored and support is available from Adult Social Care practitioners for anyone who is concerned or affected by the report’s findings.

“If at any point we feel the service is unsafe, we will take immediate action to provide alternative care for those who are currently being supported by the agency.”

A spokesperson for Angels @ Home C.I.C commented: “We are fully committed to maintaining a high standard of care at all times and strive to ensure the health, safety and well being of our service users.

“We are working hard to address the recent findings of the CQC’s inspection report and we are investing a lot of time and resources in implementing the necessary improvements, with a view to further improving the care and service we provide.”